Is Michael Moore a Jesus Freak?

October 12, 2009 - It’s no secret that Michael Moore hates economic liberty; the theme of his movie Capitalism: A Love Story is that the free market is evil. But unlike most on the extreme left, Moore attempts to justify his views based on his Christian Catholic religion.

Moore asks, “Would Jesus be a capitalist?” He answers that capitalism “is opposite everything that Jesus ... taught” and that all religions are clear about one thing: “It is evil to take the majority of the pie and leave what’s left for everyone to fight over.” (Sadly, he’s ignoring the fact that wealth isn’t a static pie but something that must be created. And he doesn’t understand that in a capitalist system, those who create the most get the most. Then again, his movies are based on twisting and ignoring facts.)

Moore says that Jesus “told us that we had to be our brother’s and sister’s keepers and that the riches that did exist were to be divided fairly.” Moore argues that one cannot be a capitalist and a Christian because “you can’t love money AND your neighbor.”

No doubt many Christians—certainly the ones I know—would object strongly to Moore’s conclusions. Some might argue that Moore takes Jesus’ teachings out of context and would quote Bible verses to the contrary. “Thou shalt not steal,” for example, means that it’s a sin to take someone else’s private property. And such property is the foundation of a capitalist system.

Moore argues that one cannot be a capitalist and a Christian because “you can’t love money AND your neighbor.”

Others might point to the parable of the talents (Matthew 25: 14-30). A master gives his three servants money for safe keeping while he’s away. Upon his return he finds that two of the servants have doubled the money entrusted to them through trade and commerce and he praises them. But the third buried the money in the ground, keeping it safe but not increasing its value, and he rebukes him. It sure seems like Jesus is praising the capitalists!
Other Christians might argue that being our “brother’s keeper” does not mean having government redistribute our property by force, which is favored by Moore. Charity, if it is to be virtuous, must be voluntary.

Not on Ancient Texts

But all of these arguments against Moore’s views of capitalism face serious problems. To begin with, trying to establish a moral code simply by quoting competing passages from the Bible or any other texts, ancient or modern, is a no-win proposition. When playing such a game, there’s no standard for moral truth.
More fundamentally, Moore does, in fact, make an important point with which it’s hard to argue. Most Christians as well as adherents to other religions and moral doctrines see one’s moral worth defined first by the extent to which one puts aside one’s personal interests and dedicates one’s self to helping others. They argue that altruism, understood to mean putting others first and having a duty to serve others, should be the code of any moral individual.
But in such a case it becomes difficult for one to argue with Moore and other socialists who maintain that the capitalist system, in which individuals put their own self-interest first, is evil. Isn’t it our duty to happily allow government to take our wealth in order to help others? But this view of capitalism is wrong because the moral standard on which this view rests is wrong.
Life, in fact, is the standard of all value. But we human beings don’t survive by allowing ourselves to be driven by our instincts. Rather, we must choose how to act. The first moral choice must be to exercise our minds, our unique conceptual capacity for understanding the world and ourselves—i.e., to practice the virtue of rationality. We must use our knowledge to create food, shelter, medicine, and the means of our survival—that’s the virtue of productivity.
And we must see ourselves as individuals worthy of survival, happiness, and flourishing—that’s the virtue of pride. Thus we are each our own end in life and have a moral right to pursue our own happiness. And based on this principle of respect for the individual, we each should deal with our fellows in society based on mutual consent, not the initiation of force.

The Self as Center

We must see ourselves as individuals worthy of survival, happiness, and flourishing—that’s the virtue of pride.

First, it rejects the notion that we are each our brother’s keeper. We’re not and should not think of ourselves as having a duty to sacrifice ourselves as individuals for everyone else in the world. It is, of course, in our self-interest as individuals to have friends, to share our lives with loved ones, and perhaps to raise families. When we help those we love we don’t sacrifice but, rather, support and affirm our highest values. If we have healthy values we will, of course, have benevolence and good will for others who deserve it. But we will look first to our own self-interest.
Second, a morality of rational self-interest tells us that there is only one social system in which individuals deal with one another based on mutual consent: capitalism. In such a system we each produce and trade goods and services with one another on a voluntary basis. We each pursue our own values and leave others free to pursue theirs. All other social systems—socialism, communism, the welfare state—allow certain individuals to extract value from others by using government force. Michael Moore thus stands with a gun in his hand pointed at us arguing that he is moral.
Finally, in a society in which we are free to follow our own live-affirming, rational self-interest, we each will be enriched, entertained, educated, enlightened, and inspired by the efforts of others.
Those Christians and religious individuals who rightly reject Moore’s moral mess must look to an objective standard of morality to oppose him lest they be hoisted by their own Biblical petard. 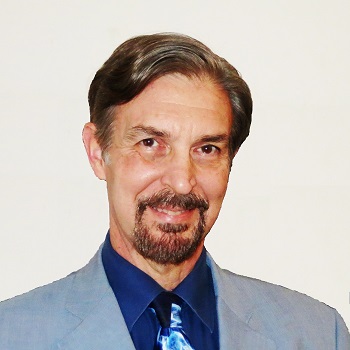