Editor's Note: This review was first published in the Summer 2011 Atlas Society Newsletter, and has been updated.

We always knew the reviews of Atlas Shrugged Part 1 would be hostile. When Ayn Rand’s novel was published in 1957, critics on both left and right attacked it savagely. The novel challenged not only the politics of the mixed economy and welfare state but also the ethics of altruism, in both its religious and its secular (egalitarian) forms. So it was equally predictable that the film—which is true to the novel in conveying those themes—received the same treatment when it premiered last April 15.
At the same time, the novel was a huge popular success, an immediate best-seller, revealing the stark disparity between the intelligentsia and the wider public. Bennett Cerf, Rand’s publisher at Random House, said, "In all my years of publishing, I've never seen anything like it. To break through against such enormous opposition!" Atlas Shrugged tapped a deep vein of individualism and the distinctively American “Don’t tread on me” spirit. In the last few years, as increasing numbers of people feel trod upon by burgeoning government, sales of the novel and references to it in the media have reached unprecedented levels. Publicity surrounding the film added yet another boost to sales.
Will the film repeat the history of critical disdain but commercial success? That remains to be seen. The initial theatrical run was disappointing. As an independent film, with a very limited budget for production and less for promotion, producers John Aglialoro and Harmon Kaslow relied chiefly on social media and advance screenings for sympathetic groups. After a successful opening weekend, however, box office results declined steeply. Audiences overwhelmingly liked the film, but apparently word-of-mouth did not spread far enough. 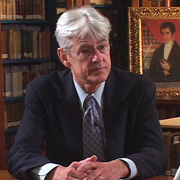